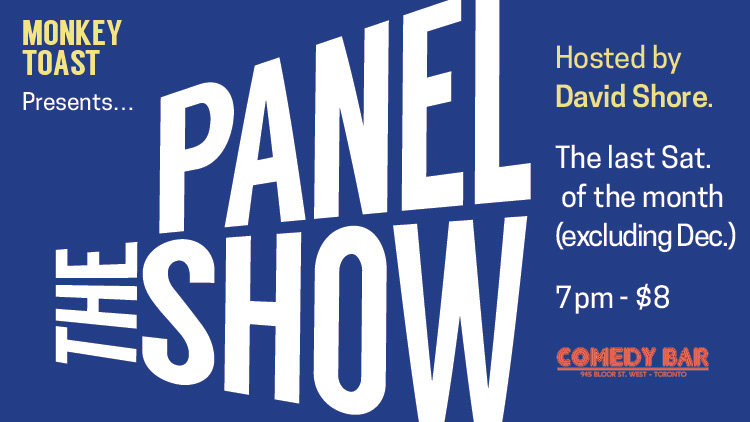 After an 8 year hiatus, The Panel Show returns!

Monkey Toast is proud to bring back, The Panel Show. Each month two improvisers will appear in character to discuss real topics and issues with two real journalists.

The Improvisers are, Paul Constable appearing as Mork from Ork and Brian Froud appearing as Bradley Cooper from A Star Is Born.

Your ticket for the The Panel Show – April Edition